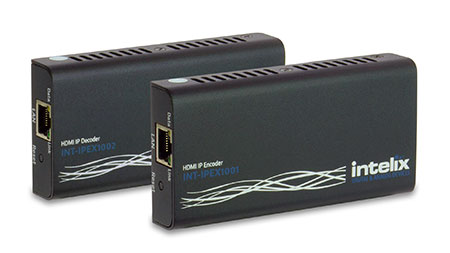 The Intelix INT-IPEX1001 INT-IPEX1002 HDMI over IP Extender System transmits HDMI over gigabit Ethernet.  Range for this HDMI via IP system is the same as for Gigabit Ethernet, which is 100 meters (328 feet) per segment over 1000Base-T Cat-5/6 copper wiring, and around 70 kilometers (43.5 miles) via 1000BASE‑ZX Single Mode fiber.

Keep in mind also that the distance can be easily extended simply by cascading additional gigabit EtherSwitches, so the range is essentially unlimited.  Each INT-IPEX1001 Encoder can accommodate as many as 250 INT-IPEX1002 Decoders, making it possible to crate very large distribution systems.

The system supports Power over Ethernet (POE) for maximum convenience with POE-enabled switches and UTP cabling, or the devices may also be powered by optional PS-5D-10 power supplies.

The Intelix INT-IPEX1000 series extenders are designed to distribute an HDMI formatted video signal from a single source to multiple displays, such as a digital signage environment. These extenders use parts of the link layer and network layer of the OSI model to distribute the video signal.

The INT-IPEX1002 receives the multicast packet stream on the LAN input and decodes the M-JPEG video back to an HDMI formatted video stream.

While the INT-IPEX1000 series extenders use Ethernet switches to distribute a video signal to multiple displays, these devices must be installed on their own dedicated network infrastructure. 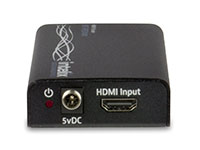 Shown here are the HDMI and power inputs on the encoder unit
(1) included in each kit. 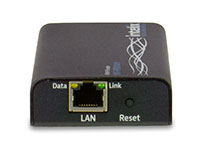 This end of the encode unit includes the Ethernet LAN port and reset button. 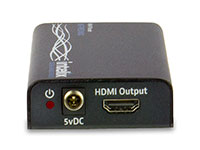 Shown here are the HDMI and power connectors on the decoder unit. 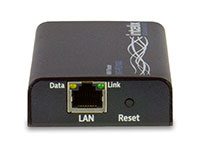 The RJ-45 Ethernet connection and reset button can be seen on this end of the decode unit. 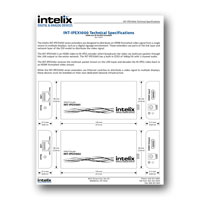 Here is the spec sheet, in PDF format. 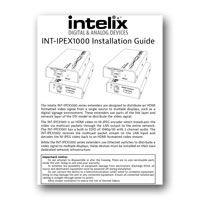 This is the Installation Manual, in PDF format.

Design excellence, high quality materials, meticulous workmanship, and superior service...put it all together and you get a superior product. Don't get stuck with bad advice, poor service, slow shipment or an inferior product. If you want the best, here it is.